A Visit To Castello Di Potentino In Tuscany

Without doubt, one of the best wine discoveries of 2012 for me were the wines of Castello Di Potentino. Nestled at the foothills of Monte Amiata, lies the estate run by Alexander Greene and winemaker Charlotte Horton. I was fortunate enough to spend a weekend at the castle last October and taste more of the great wines from this hidden gem near Seggiano in Tuscany. 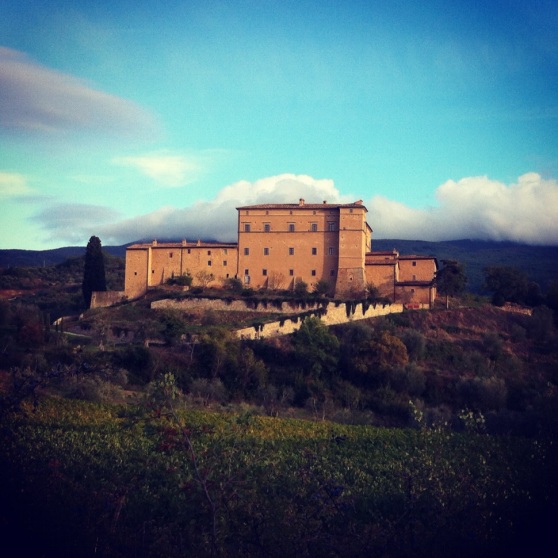 The first thing that hits you upon arrival at the majestic castle is how remote it is. You only get a true appreciation of the size of this fortress and its strategic position within the valley while standing amongst the Sangiovese, Alicante Bouschet and Pinot Nero vines that lie beneath the castle walls. Stillness abounds, only to be broken by my shrieks every time I hear any sound that could be mistaken for the rustling of a viper in the nearby grass. Thankfully, by the second day, I reckoned I’d built up enough good credit with Minerva, the regal Great Dane who prowls the castle, that if I did find myself attacked by a nest of vipers, she’d come to my rescue and at least bark loudly to mask my cries, thus giving people the impression that I at least met my fate with a bravery akin to that of my saintly namesake who rid Ireland of such reptiles. 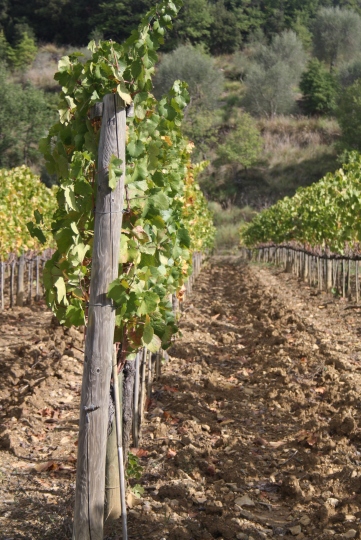 The soil at Potentino is mineral rich and volcanic, hinting at the fact that Monte Amiata is actually an extinct volcano. Scattered throughout the vineyard lie fragments of what I thought were marble but Alexander later explained to be quartz. Together with the favourable climatic conditions provided by such proximity to the mountain – cool air rolling down to the valley at night during the hot summers – the terroir at Potentino facilitates the production of elegant wines that also possess good structure.

We arrived just after the harvest to find work in the cantina in full swing. Mechanical and chemical intervention is kept to a minimum and the wines are fermented and stored in 50HL Allier oak vats. Potentino commercially produce four different wines – Lyncurio, Piropo, Balaxus and Sacromonte. All four wines are brimful of character and are truly representative of their origin, but, as with any range of wines, I have my favourite.

At the  Potentino pop-up in March last year, I instantly fell in love with Sacromonte – a 100% Sangiovese wine. This affair was to continue across the several vintages I sampled during my visit to Potentino; 2001, although firmly past its peak, still retained occasional remnants of its former elegance; 2005 with its fully mature fruit and hot, earthy, rustic edge; 2007 all floral and fresh. The other thing I love about this wine is that it seems to revel in the distinct characteristics of each individual vintage rather than trying to mask them. After the pop-up evening I wrote that you could sit me down with a bottle of this and a plate of Tuscan sausages and I’d be a happy man. Well I decided to go one better and, ignoring all the rules about mass appeal grapes, alcohol levels and the like, I selected this wine for my wedding – no Tuscan sausages mind you, but a hit with everyone none the less.

Castello Di Potentino is a working winery but also receives guests to stay throughout the year. Despite its cavernous size, the castle has a very homely atmosphere becuase…well…becuase it still is first and foremost a home. It’s a great place to chill out, get away from hectic city life and taste some excellent wines…despite the odd panicked scream! 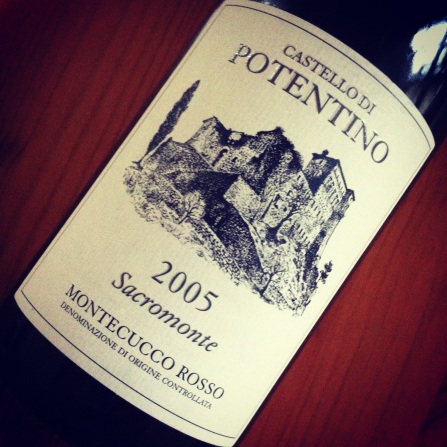 PS: There aren’t really loads of snakes in the grass around the vineyard – I’m just a wimp.

Castello Di Potentino wines are distributed in Ireland via From Vineyards Direct.

Disclosure: My stay at Castello Di Potentino was free as I won a From Vineyards Direct Ireland competition that was open to the public.