Feats of Clay: A Winemakers’ Perspective on Qvevri, Tinajas and Amphora Wine

Such a long time has passed since the conclusion of The Real Wine Fair 2014 that this post can hardly be even loosely described as being associated with the event. It has taken me far too long to write up notes from the seminar on wines vinified in qvevri, tinajas and amphora that all I can do is ask you to whisk yourself back in time and imagine it’s April.

It had already been a long day. A 5:30am ‘rise and shine’ and a cross-city traverse from Heathrow to Wapping that had taken longer than my flight from Dublin to London that morning (yes, yes I know planes are faster than trains!) meant I was tired. It was a glorious spring day in London and I thought about heading toward a pub for the solace of a palate cleansing ale.

What kept me in Tobacco Dock for another couple of hours though was my burgeoning curiosity with wines made in amphorae and a seminar on the topic from growers John Wurdeman of Pheasant’s Tears in Georgia, Giusto Occhipinti from COS in Sicily and Rafa Bernabé of Bodegas Bernabé Navarro in Alicante.

I say burgeoning curiosity, but, to be honest, I’m coming from a pretty low ebb. Two years ago at The Real Wine Fair, I tasted Pithos Bianco and Pithos Rosso from COS in Sicily, two wines fermented and aged in terracotta amphorae sourced from Spain. I just didn’t get them. I couldn’t countenance why someone would buy the COS Pithos Rosso instead of their classic Cerasuolo di Vittoria, a similar blend made in a more conventional style. I even plucked a quote from the book Palmento: A Sicilian Wine Oddessy whose commentary on COS Pithos includes the following exchange between the author and a local man:

It is not meant to be drunk” he said, and then lifting a hand and twirling it above his head, he added, “Non e il vino. E la poesia” (“It’s not wine. It’s poetry”).

In hindsight the quote was prescient, if somewhat inaccurate, because, in my recent exploration of amphora wines, I’ve found that drinking is indeed the key factor. But instead of drinkability being impeded I’ve found that it’s only enhanced by the amphorae. Yes, yes…I know I said that drinkability was a factor in lots of the wines at The Real Wine Fair, but there was something about the purity of the wines vinified in amphorae that really resonated with me.

It’s a position that COS founder Giusto Occhipinti (pictured above) also espoused; at the seminar he suggested that purity of both flavour and texture was a factor in his use of amphorae. Giusto made the move to amphorae when he began to feel that this winery’s early use of oak vinification was losing some of the character of the grapes.

Rafa Bernabé (pictured below) can also be counted amongst the converted. He explained that he uses amphorae to achieve drinkability and to exemplify a return to non-interventionist winemaking. These positions are hard to argue with and can be readily assessed by you, the drinker, when tasting across a range of amphora aged wines. 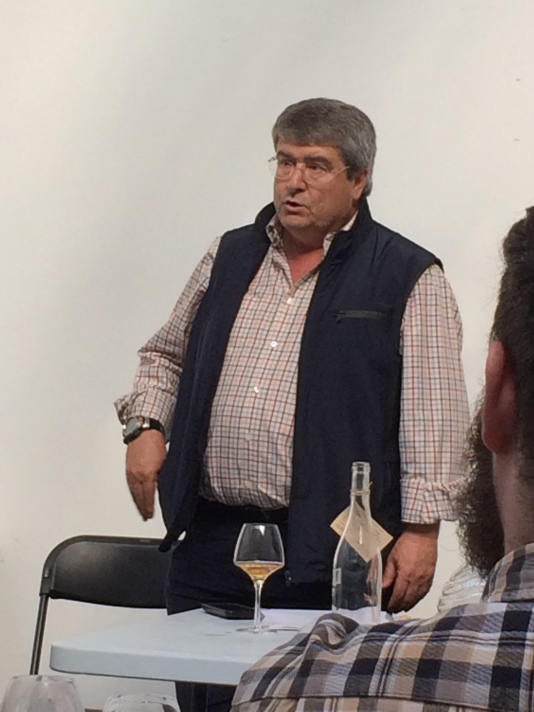 From here though a leap of faith is required, for me at least anyway, because discussions on the practical benefits of qvevri, tinajas and amphorae were soon dispensed with, and we moved to a more esoteric consideration of why using these vessels was akin to returning the grapes to mother earth’s womb. Let’s face it, the geometric shape of these vessels readily lends itself to this comparison.

Returning to more practical considerations, the discussion on hygiene proved an interesting one with John Wurdeman suggesting that qvevri were neutral vessels, and any perceived taste of clay or terracotta in the wine could likely be attributed to poor hygiene practices in the winery. By all accounts, maintaining an acceptable level of hygiene is a challenge given the shape and porosity of these vessels, a decision which has led some growers to apply an inner coating of beeswax or similar (As Deborah Heath has explained in the comments below, this is something that some Georgian winemakers have been doing for centuries.).

While some in the audience were vehement that this was an unacceptable interventionist approach, all quickly fell into line when it was mentioned that Frank Cornelissen lined his amphorae with epoxy (thanks Deborah again) – a slightly uneasy Machiavellian stance was reached with most justifying that the end did indeed justify the means in Frank’s case. 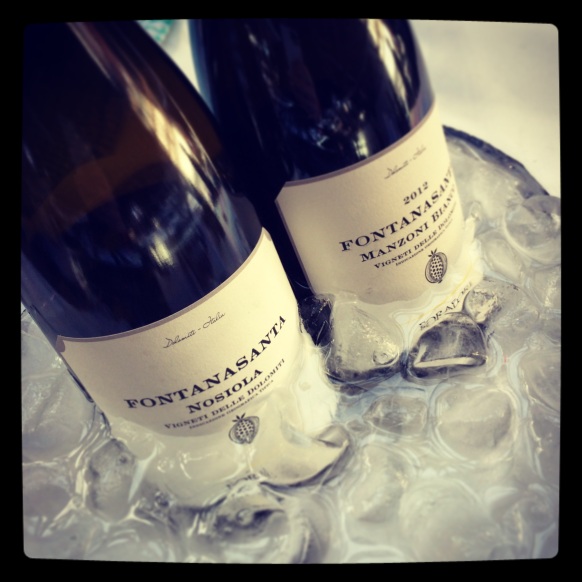 The next morning I returned to the fair and made a point of seeking out wines made in qvevri, tinajas and amphorae.

Here were some of my favourites:

← Sipsmith Botanical Feast – James Bond and Casino Royale (sort of!)
An update on the sherries of Bodegas Tradición →

6 thoughts on “Feats of Clay: A Winemakers’ Perspective on Qvevri, Tinajas and Amphora Wine”