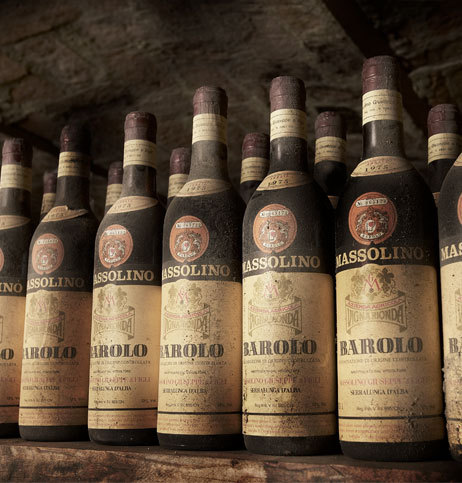 I have Barolo tastes but beer pockets. It’s a big problem, particularly for the 2010 vintage, whose long cool growing season has critics salivating over its classic wines. Indeed, Antonio Galloni of Vinous has described 2010 as “one of the all-time great vintages for Italy’s most noble red”.

To that sentiment, I’ll add two further personal perspectives (assuming the ‘hype-machine’ is to be believed):

This may be one of the last great vintages that mere mortals are able to afford.

This may be the greatest vintage that will be at its drinking peak in my lifetime. (Backfilling on older top Barolos just isn’t now an option for me due to price and availability).

I make the remarks above with tongue firmly in cheek, but I’ve also written briefly about both of these problems before. Whispers abound that high-end buyers and collectors will soon shift their focus from Burgundy to the Langhe, and the reality is that prices will rocket if, and when, that happens.

Value has also frequently been a question-mark with some Barolo. My assessment of the relative value of Nebbiolo now frequently comes down to – “How far would my money go if I was spending it on Produttori del Barbaresco?”

The drinking peak issue is more complex. Maybe we will be sitting here in 10 years time lauding another vintage of the century (the hype machine is already gearing up for 2013). And that’s great if we are. But if this ends up being as good as it gets for the next 20 years, well then I for one will be drinking on borrowed time.

It’s a macabre reality, especially if you are in ‘wine purgatory’ like me where you have a desire to be drinking fully mature Barolo 20 years from now, but don’t have the financial means to be cellaring the quantities of wine needed to do so. The ‘twenty year rule’ is something I don’t really subscribe to either, but it’s still probably fair to say that drinking great vintages of the top Barolos before they hit puberty is merely infanticide (or so I’m told!).

So where do you go from here? For me, it’s essentially been a constant state of covetousness, wanting to buy far more than I can afford (probably in my lifetime!). My mantra has had to be quality over quantity.

I’ve bought some Bartolo Mascarello (from Berry Bros. & Rudd) and Giovanni Canonica (from Raeburn Fine Wines). The latter I actually bought without ever tasting any vintage of the wine, but I’ve been tracking it for some time since I read Levi Dalton’s recommendation that if you like Arianna Occhipinti’s or Marcel Lapierre’s wines then you shouldn’t hesitate in finding Gianni’s wines. I’m not for one second considering that it will be as age-worthy as the traditional heavyweights and, to be honest, I’m totally fine with that.

Still on the wishlist are some Giuseppe Rinaldi and Cavallotto, although the former is rarer than hen’s teeth and may require me to sell a kidney. Two others that I wanted to keep a close eye on were G.D. Vajra and Massolino, and the recent Liberty Wines Autumn Portfolio tasting offered an opportunity to taste a few of the releases from these outstanding producers. Here were three of my highlights:

In terms of upfront appeal, the 2010 Massolino Barolo (RRP: €49.99) was a winner. It was surprisingly approachable, even at this stage of its development and you certainly won’t have to hang around for 10 years to enjoy this. This entry-level Barolo is blended from fruit across Serralunga d’Alba, with approximately 15 days maceration, ageing for 30 months in large oak barrels and a further year in bottle prior to release. Sweet perfumed fruit and tarry notes articulated in an appealingly juicy style that never strayed near becoming heavy.

The 2010 Baroli from G.D. Vajra were sensational. The Ravera (RRP: €65.99) was particularly interesting as it’s the first vintage from this vineyard to be commercialised by Vajra. It was packed full of lifted floral notes, menthol and tarry fruit. The initial fruit hit in your mouth was sweet, rich and ripe but everything managed to stay in check and in near-perfect balance. The tannins were harsh at this stage in its development so it’ll require patience.

The Bricco delle Viole (RRP: €78.99) was stunning. It had a dusty, classically styled nose and ratcheted up the lift and freshness several notches from the Ravera. There was loads of intensity of flavour on the palate, which was bounded by a huge tannic structure that was almost at odds with the slightly tense mid-weight mouthfeel. I’d read some concerns that the high altitude Bricco delle Viole might struggle to achieve optimum ripeness in a year like 2010, but I certainly didn’t detect any hint of ‘greenness’ in this bottle. Elegant and very long, this will definitely be one that I’ll add to my haul.

Massolino and G.D. Vajra Baroli are imported in Ireland and the UK by Liberty Wines.

Ireland Stockists of G.D. Vajra Le Albe 2009 (and hence the most likely places to stock the 2010 Barolos above once they start to filter onto shelves in the coming weeks)